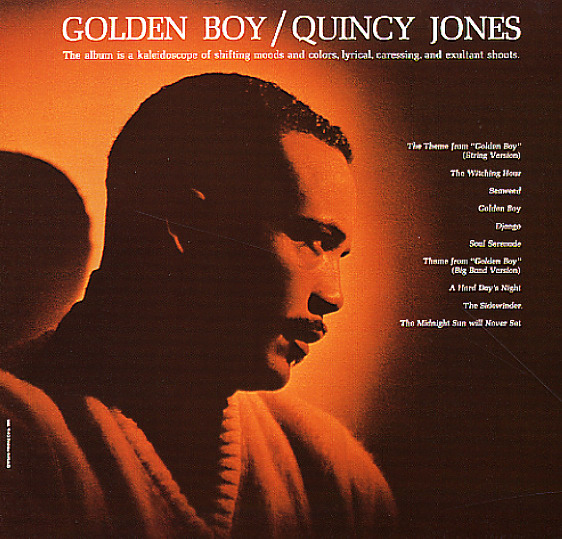 A sweet bridge between Quincy's big band recordings and his groovier soundtrack work of the mid 60s – as the record combines straight jazzy grooving with some of the cooler elements of Quincy's soundtrack scores, like stepping strings, wordless voices, and a breathy mellow groove that floats across the disc in a wonderful way! Aiding Quincy in the album are a host of top-line jazz players – including Eddie Lockjaw Davis, Jerome Richardson, and Phil Woods on saxes – plus Freddie Hubbard on trumpet, Al Grey on trombone, and Jim Hall on guitar! Although titled after the show Golden Boy, only a few cuts here are from that musical – and the rest include Quincy Jones originals and some cool covers, given the Q twist. Titles include "Seaweed", "The Witching Hour", "Hard Day's Night", "The Sidewinder", and "Theme From Golden Boy", done in 2 versions, both great!  © 1996-2022, Dusty Groove, Inc.
(Red label stereo pressing with deep groove. Cover has light wear and aging.)

Smackwater Jack
A&M, 1971. Very Good+ Gatefold
LP...$7.99
A great bit of 70s electric work from Quincy – and probably his funkiest album ever! Quincy's really stepping out here from the straighter and spacier styles of earlier records – going for more of the dirty grooves he was cutting up for soundtrack albums, and hitting notes that were a ... LP, Vinyl record album

Body Heat
A&M, 1974. Very Good+
LP...$11.99
In the early 70s, Quincy Jones surrounded himself with some of the best young soul and jazz talent he could find, plus a few older pros – and the result was a great series of albums that spanned genres and created a whole new approach to modern R&B. This gem of a record was put together ... LP, Vinyl record album