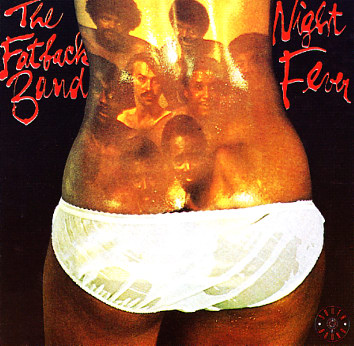 Also available
Fatback Band — Night Fever ... LP 11.99
A key turn in the groove for The Fatback Band – one that has the group getting a good dose of "night fever", and smoothing out their funk for the 70s disco crowd! Yet although clubby, the record's still plenty funky – a refinement of the groove first started on Yum Yum, streamlined into a sweet blend of bass, drums, guitar, and plenty of horns – but all still with a sense of liveness and jamming that plenty shows the roots of the combo from the old days. A few tracks here have a nicely sweet soul sound – sometimes with backing vocals from Donna McGhee and Phyllis Hyman – and titles include "Night Fever", "A Little Funky Dance", "The Joint", "Disco Crazy", and "The Booty".  © 1996-2022, Dusty Groove, Inc.