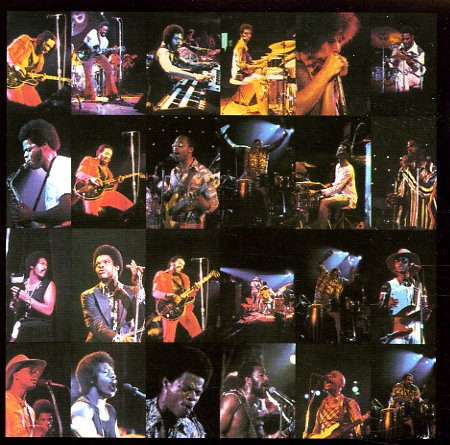 War live, a perfect step forward – especially given that the group had already been so jamming on all their previous work in the studio! This classic double-length set may well be one of the best soul live albums of the 70s – right up there with similar 2LP packages from Curtis Mayfield and Bill Withers – and like both of those, maybe an even greater flowering of the core essence than any short studio record! The album features a killer two part reading of "Slippin Into Darkness", a side-long take on "Get Down", and long versions of "Cisco Kid", "Sun Oh Son", "All Day Music", "Lonely Feelin", and "Ballero".  © 1996-2023, Dusty Groove, Inc.
(Includes the printed inner sleeves. Cover has clear tape on top & bottom seams, some ring & edge wear.)