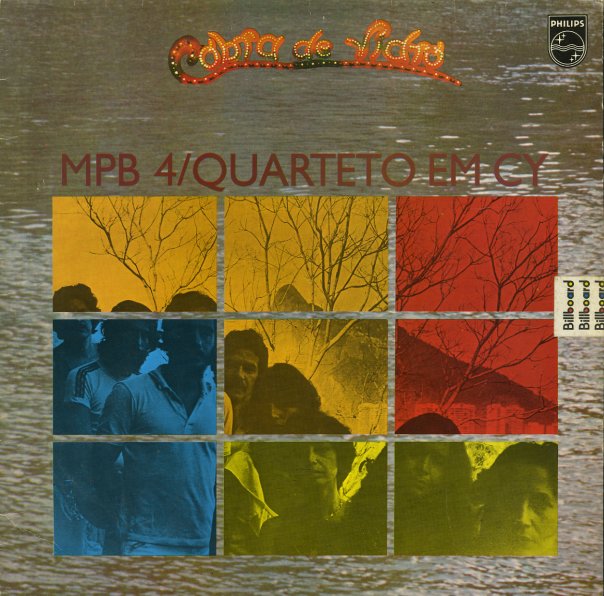 A lovely album that mixes the harmony vocals of the male MPB4 quartet and the sweet female combo Quarteto Em Cy. The eight singers work together on most tracks – and the album's got a spare spacey sound that makes it one of their best of the 70s, with little other production to get in the way of the excellent singing. Titles include "Noites Cariocas", "5/6/65", "Nada Sera Como Antes", "Fuga", "Amor Amor", and "Oriente".  © 1996-2022, Dusty Groove, Inc.
(Cover has lightly bent corners.)