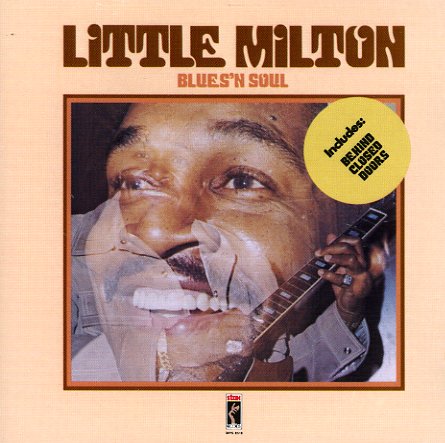 Baaad bluesy work from Little Milton – one of his killers for Stax, and a record that's equally heavy on the soul tip too! There's a strong Memphis vibe going on here – thanks to arrangements from James Mitchell, and backings from the Memphis Horns – who really do a good job of filling in the sound, to take things past the straighter blues mode of Milton's guitar. The vocals are great – raspy, and almost southern soul more than blues – and titles include "You're No Good", "Woman Across The River", "Behind Closed Doors", "Worried Dreamer", and "Hard Luck Blues".  © 1996-2021, Dusty Groove, Inc.
(Cover has a stained corner.)

Friend Of Mine
Glades, 1976. Near Mint-
LP...$14.99
Tight and soulful blues from Little Milton – just the sort of record that helped him cross over to bigger audiences back in the day, and a set that still sounds plenty great all these many years later! The set was done in Chicago – arranged by James Mack, with backing vocals from Kitty ... LP, Vinyl record album