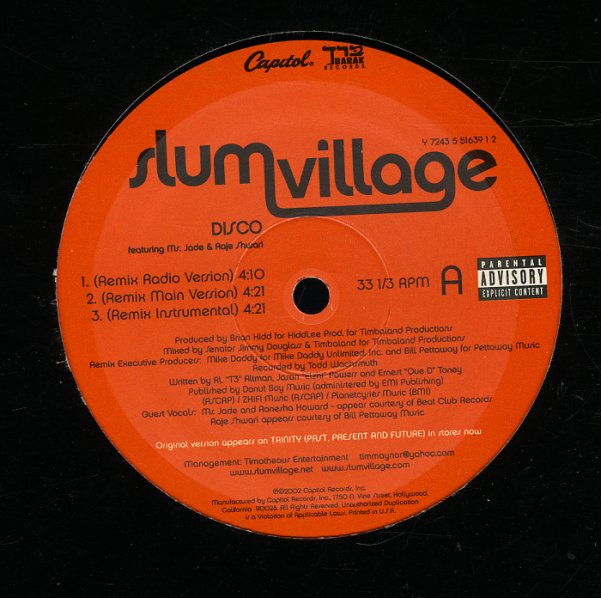 The second single from the Slums' Trinity LP, and one of the stronger moments of that album, mixed up nicely by Timbaland! "Disco" is a mid-tempo party groover, with a role on the Slum LP that is similar to the one "Roller Skating Jam Named 'Saturdays'" played on De La's second LP. Larry Levan it ain't – there's really not a beat to be found that even comes close to resembling the mid-to-late 70s sound – but it's a very sweet synth washed jam, perfect for a slower club bounce, and featuring the tightly sprung slingshot vocal style that the Slums lace their entire LP with. The vocal track features guest appearances by Ms. Jade and Raje Shwari.  © 1996-2021, Dusty Groove, Inc.
(In a stickered sleeve, with a cutout hole and light wear.)