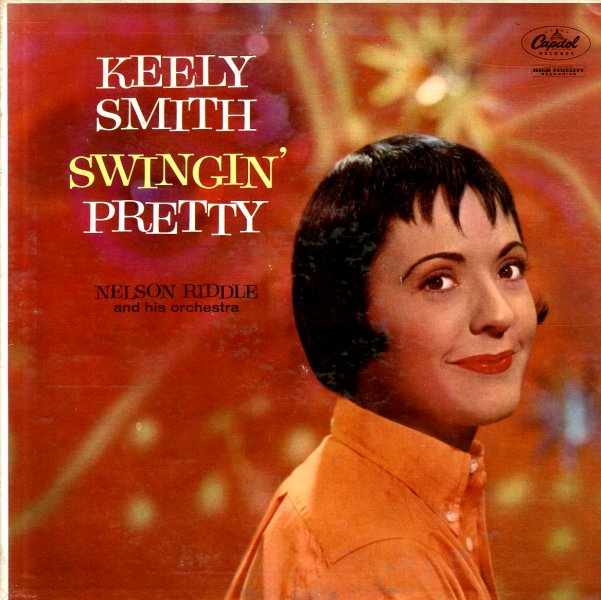 A classic album by Keely Smith – Louis Prima's one-time wife and classic singing partner, working here on her own! Swingin Pretty features arrangements by Nelson Riddle – showcasing Keely as a great singer in her own right, able to work in that sophisticated jazz-based style that you'd find with the best Capitol singers, like Frank Sinatra, Peggy Lee, or Nat King Cole. Titles include "It's Magic", "Indian Love Call", "Someone To Watch Over Me", "Stormy Weather", and "There Will Never Be Another You".  © 1996-2021, Dusty Groove, Inc.
(Mono rainbow label pressing.)

Look To Your Heart
Capitol, Late 50s. Near Mint-
LP...$11.99
A nice little set from Frank – and similar to the album This Is Sinatra, a record that collects some of his non-LP singles for Capitol from the 50s. Because of this, the album's got a style that varies from track to track – but in a nice way – and titles include "Anytime ... LP, Vinyl record album