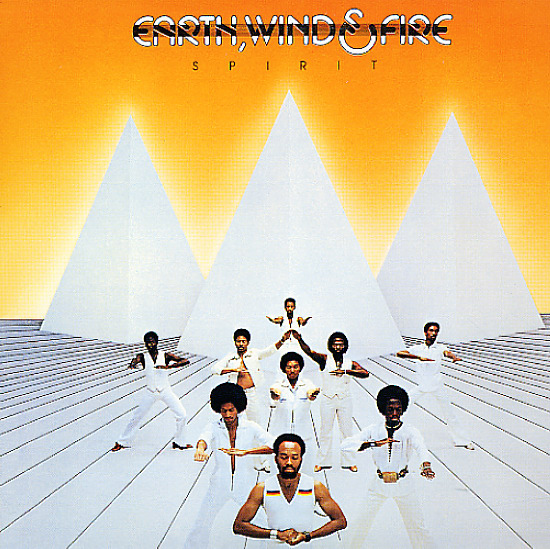 A big hit for the group – and a great album of smooth funky soul! Spirit is a perfect example of the way that Earth Wind & Fire could tighten things up, yet still keep them real – holding onto the deeply spiritual side that first made them great – but also focusing their energy towards a wider audience that showed their influence for years! Of course, with Charles Stepney helping out on production, it's hard to miss – and he's one of the few cats who could handle a blend like this so well. The compression in the band's playing is impeccable – with just the right mix of spacey spiritualism, sophisticated jazzy playing, and a straight ahead love of the soulful hook. Includes the instrumentals "Biyo" and "Departure", plus the vocal tracks "Earth Wind & Fire","Burnin Bush", "Spirit", "Imagination", and "Getaway", all produced to perfection by Maurice White and Charles Stepney!  © 1996-2023, Dusty Groove, Inc.
(Includes the printed inner sleeve. Cover has minimal wear.)

Best Of Earth Wind & Fire Vol 1
Columbia, Mid 70s. Very Good Gatefold
LP...$19.99
Fantastic stuff through and through – and almost a "best of" best of collection from the 70s! The album's a key illustration of the genius of Earth Wind & Fire on Columbia Records – because by the time the set was released in 1978, most of the tracks were already well-know ... LP, Vinyl record album