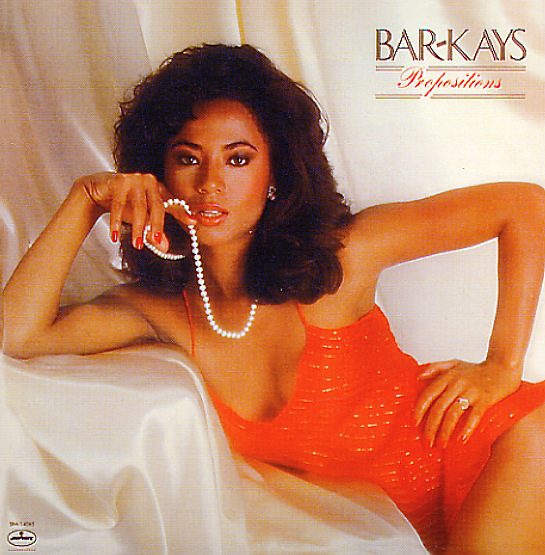 Tightly grooving work from The Bar-Kays – a set that's light years away from the sound of their Memphis roots, but still plenty darn funky overall! The album's got a tight bass-heavy approach to the music – the well-forged ensemble sound that graced the later years of the Bar-Kays' career, with nary a note out of place, and a sweet blend of keyboards over the bass, giving the tunes a strong electric feel – gliding wonderfully over romping rhythms on the upbeat tracks, and stepping sweetly on the album's few mellow gems. Titles include "Tripping Out", "Propositions", "Anticipation", "Do It (Let Me See You Shake)", "She Talks To Me With Her Body", and "You Made A Change In My Life".  © 1996-2022, Dusty Groove, Inc.
(Includes the printed inner sleeve.)

It's Better To Travel
Mercury, 1987. Very Good+
LP...$7.99
A surprisingly great guilty pleasure from the 80s – the first album from Swing Out Sister, recorded when all the excitement of the UK post punk scene had just about faded, and most of the groups had left their exciting early roots behind. Enter these guys, picking up the last shreds of jazzy ... LP, Vinyl record album