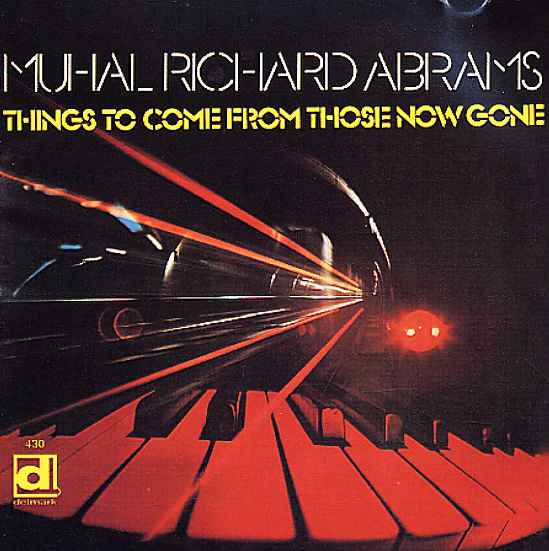 A tremendous step forward for the young Muhal Richard Abrams – a set that still shows his early roots in the AACM, but which also blossoms with some of his more serious compositional efforts to come! There's a sensitivity here that really stands out – even among Abrams' contemporaries – a striving for a wider range of expression – some as bold as before, some much more deeply personal and intimate. The tracks feature a shifting array of players – working alongside Abrams piano, and building up the sound in a number of different ways. Players include Wallace McMillan on flute and sax, Edwin Daugherty on sax, Richard Brown on sax, Emanuel Cranshaw on vibes, Rufus Reid on bass, and Steve McCall and Wilbur Campbell on drums. Ella Jackson provides vocals on "How Are You?" – and other titles include "Ballad For New Souls", "Things To Come From Those Now Gone", "In Retrospect", "Ballad For Old Souls", "1 & 4 Plus 2 & 7", and "March Of The Transients".  © 1996-2023, Dusty Groove, Inc.