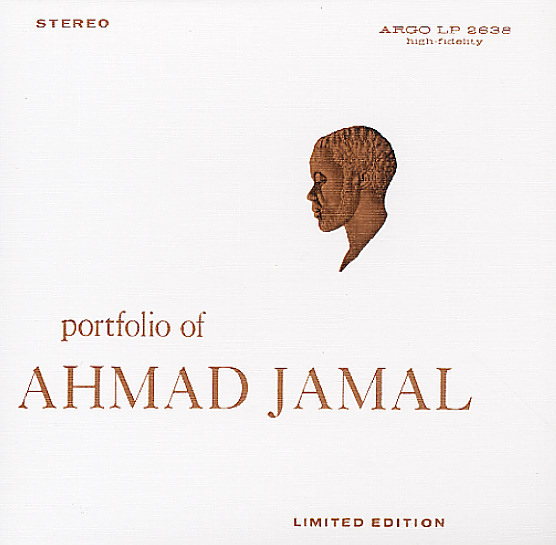 One of Ahmad Jamal's best early albums for Argo – a brilliant set of live recordings, done at the Spotlite Club in Washington DC in 1958 – and with a fluid vibe that's simply incredible – one of the best true statements of Jamal's genius from the early years! The trio is incredible on the set – opening up even more than on other classics from the time – and really letting the bass work of Israel Crosby and the mellow drums of Vernell Fournier get equal time with Jamal's incredible lines on piano – as the stretch out and do things that jazz pianists would hardly have been able to conceive a few years before. The whole thing's fantastic – and the double-length set is really unusual for the time, but a great way to encompass all the wonderful energy of the performance. Titles include "Aki & Ukthay", "Our Delight", "Tater Pie", "Seleritus", "This Can't Be Love", "Ole Devil Moon", "Ivy", and "Let's Fall In Love".  © 1996-2022, Dusty Groove, Inc.
(Maroon label Argo pressing with deep groove in the numbered cover. Cover has split seams, discoloration from age, and some surface wear.)

Genetic Walk
20th Century, 1975. Sealed
LP...$19.99
A nice range of tracks from Ahmad, and one that really illustrates the diversity of styles he was using in the 70s. Some cuts feature acoustic piano, and others electric – but the best moments are those when the groove gets nice and funky, with that spacey expanded tip that was used to push ... LP, Vinyl record album