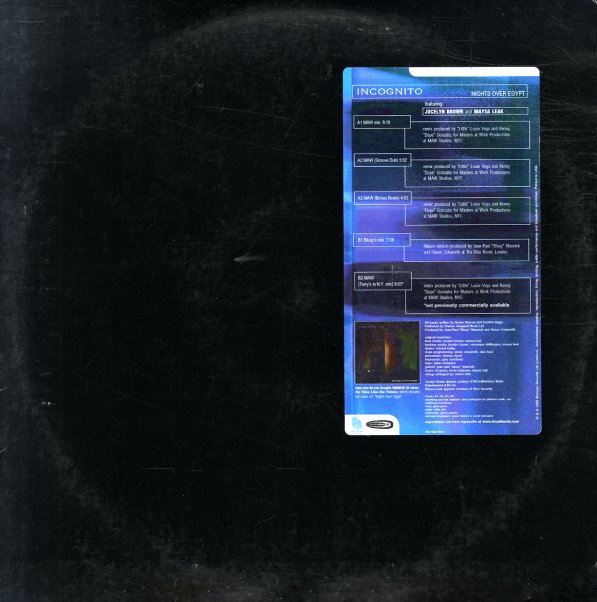 Kenny Dope and Louie Vega do a great job with this one – as Incognito redoes "Nights Over Egypt", a classic tune by the Jones Girls, and a number that sounds great in any flavor!  © 1996-2021, Dusty Groove, Inc.
(In a stickered sleeve. Shrinkwrap is lightly shopworn, cracked at the spine, and wih a small tear in back.)