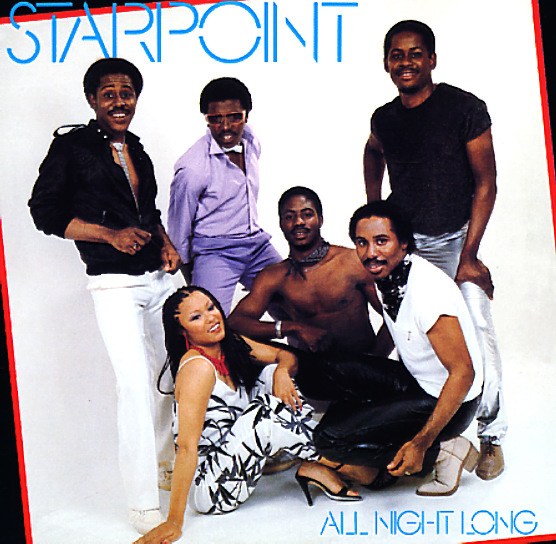 Starpoint's getting a bit loose and free with their fashions on the cover of this one – but the grooves themselves are tighter than ever! If anything, Starpoint seems to be a lot more confident than before – working in a mode that's completely free from late 70s trends, but which also doesn't fall into the traps of others of their generation – a sound that's electric and funky, yet also plenty darn soulful too. Renee Diggs' vocals are completely great on the album – bringing in a depth that's really appreciated, and giving the group a much more well-rounded sound than so many other all male ensemble funk acts of the time. Ballads and mellower numbers are every bit as great as the groovers too – and titles include "All Night Long", "Get Your Body Up", "Bring Your Sweet Lovin Back", "Show Me", "I Can Give You Love", and "It's You".  © 1996-2022, Dusty Groove, Inc.