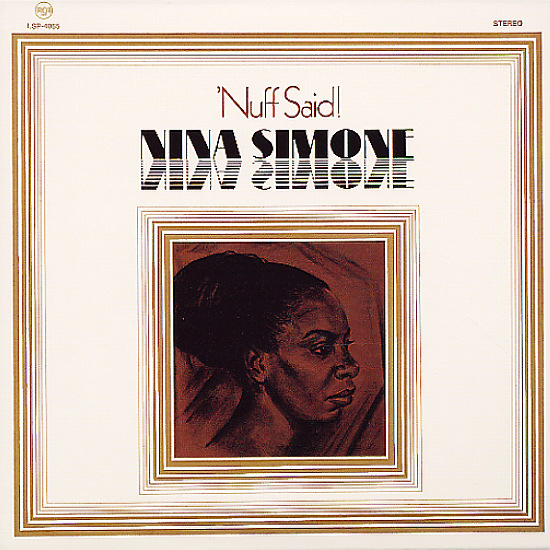 A great little album from Nina – mostly recorded live at the Westbury Music Fair, with a hip mix of jazz, soul, and folk that's stretched out in a slightly informal setting that always brings out the best of Nina's vocals. Titles include "The Backlash Blues", "Please Read Me", "Sunday In Savannah", "Why? (The King Of Love Is Dead)", and the nice jazzer "In The Morning". Plus, the album also includes one straight soul number – "Do What You Gotta Do", with some great arrangements by Horace Ott.  © 1996-2021, Dusty Groove, Inc.
(Original UK orange label pressing – a great copy!)

Havin' A Ball – At The Village Gate
RCA, 1964. Very Good-
LP...$2.99
Groovy groovy vocalese – featuring the group formed by Dave Lambert and Jon Hendricks after they were deserted by Annie Ross. Yolanda Bavan takes over Ross' vocals, and the trio do a lively batch of vocal tracks with some excellent interplay on the vocal lines. The set features backing by ... LP, Vinyl record album

Lonesome Gal
RCA, 1956. Very Good-
LP...$7.99
Moody set of vocals recorded by this obscure Chicago singer. Lurlean got her start at the classy south side Club DeLisa, home to Sun Ra, and a host of other Chicago talents – but by the time of this recording, she'd moved downtown, and had become a classy smoky voiced singer with a good ... LP, Vinyl record album

You & Me That Used To Be
RCA, 1971. Near Mint-
LP...$4.99
With small combo backing from Zoot Sims and Al Cohn on tenor, plus Budd Johnson on tenor and soprano sax, Ray Nance on cornet, and Dave Frishberg on piano! Titles include "Fine And Mellow", "I Surrender Dear", "Linger Awhile", "My Last Affair", "More ... LP, Vinyl record album

Essential Jimmy Rushing
Vanguard, 1954/1955. Very Good+ 2LP Gatefold
LP...$4.99
Vocalist Jimmy Rushing first came to fame working with Count Basie in the 30s, but it wasn't until the 50s that he really got the chance to step out on his own and cut a number of great sessions in the studio! This 2LP set features one of Jimmy's finest moments of the 50s – material recorded ... LP, Vinyl record album

Here Comes Inspiration
A&M, 1974. Very Good+
LP...$4.99
A classic set from this massively underrated singer/songwriter! Paul Williams was definitely at the height of his mainstream popularity by the time of this set – with endless appearances on countless TV shows, not to mention work in The Planet Of The Apes films – yet the record's got a ... LP, Vinyl record album