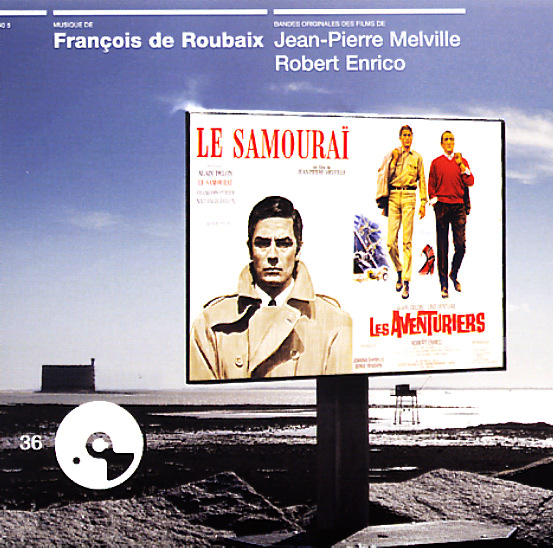 2 of the greatest soundtracks ever from Francois De Roubaix – both recorded in that magical year of 1967! First up on the set is Les Adventuriers – a mindblowingly wonderful score for a Robert Enrico film, and one that offers a unique blend of jazzy rhythms, western themes, and more – all tied together by an extremely haunting theme! Some tunes have spaghetti western-esque acoustic guitar and whistling, while others have a more Frenchy isolated piano, played with a slightly watery feel – and some others take on a much more driving, almost Francis Lai-like approach. De Roubaix score for Jean Pierre Melville's classic Le Samourai follows in a much darker mode – as moody and solitary as the film's main character, but graced with some warmer touches on piano, flute, and even a bit of organ – none of which are especially jazzy, but which color in the music with extremely evocative tones. Titles include "Laetitia Par Alain Delon", "Journal De Bord", "Enterrement Sous-Marin", "Acrobaties Aeriennes", "Hotel Sandwich", "Martey's", "Valerie", "Le Samourai", and "Le Destin De Costello".  © 1996-2021, Dusty Groove, Inc.