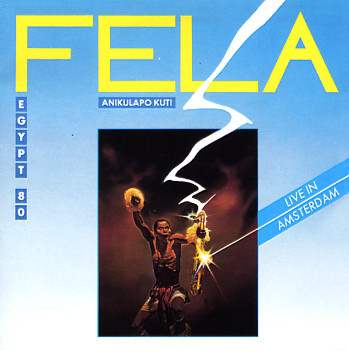 An excellent live set from Fela – one that shows that he was still very capable of going over the top during the 80s! The set's a double LP – and it features 4 great numbers by the group, with Fela on soprano sax, piano, and organ, and plenty of other great work on tenor, alto, and trumpet. Titles include "Gimme Shit I Give You Shit", "Custom Check Point", "Movement Of The People", and "Political Statement Number 1".  © 1996-2022, Dusty Groove, Inc.
(US pressing. Cover has an index label over the barcode in back.)