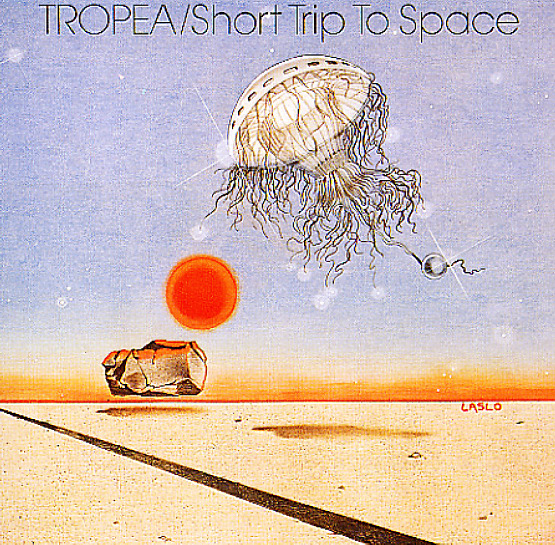 A funky fusion classic from John Tropea – the great guitarist who cut a wealth of studio work for other players, and a rare few albums under his own name! This set's got a tight, yet soulful finish – very much in the spirit of the best work on CTI or Kudu during the mid 70s – with Tropea's guitar out front in the arrangements on most tracks, backed by keyboards, horns, and some nice use of synth, which creates some especially great spacey touches. Players include Mike Mainieri, Don Grolnick, Will Lee, and Steve Gadd – and titles include "The Funk You See Is The Funk You Do", "Can't Hide Love", "You Can't Have It All", "Southside", "Short Trip To Space", "Love's Final Moment", and "Twist Of The Wrist".  © 1996-2021, Dusty Groove, Inc.
(NOTE: Vinyl has a slight warp that is audible at the beginning of each side. Cover has a trace of a price sticker and light wear.)

After The Party's Over
RCA, 1958. Very Good+
LP...$14.99
An obscure 50s session from bassist Aaron Bell – one of the player's few dates as a leader, cut at a time when he was working in Duke Ellington's group of the decade! As with some of Duke's other bassists, Bell's got a strongly pronounced tone – one that came through great in big group ... LP, Vinyl record album