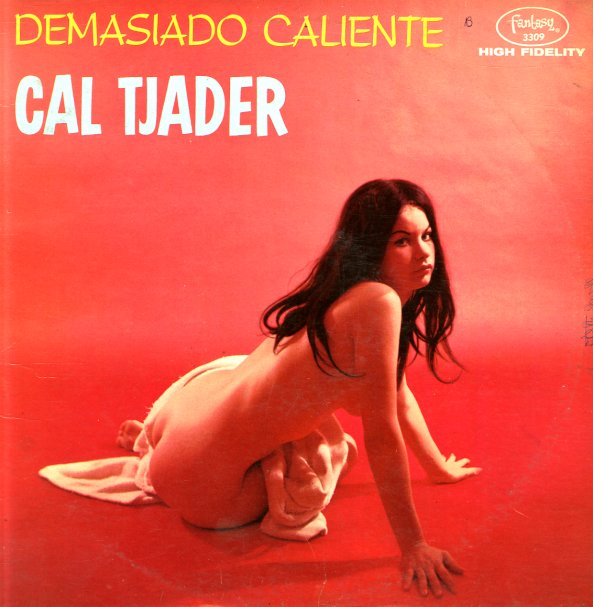 One of Cal Tjader's lesser-known Latin sessions from his Fantasy Records years – a nice little cooker with some great arrangements from Eddie Cano, who also plays piano on the set! The album features two different groups – one a more familiar Tjader quartet with Lonnie Hewitt on piano and Jose Lozano on flute – the other a slightly larger group led by Cano, featuring Eddie on pian, Modesto Briseno on flute and alto, and Tony Terran on trumpet. Tracks are shortish, but plenty darn great – and Cal's vibes get some great company from the piano and horn players on the date. Percussion is by Mongo Santamaria and Willie Bobo – and titles include "Para Ti", "Mamblues", "Cal's Pals", "Tumbao", "Bludan", "Manila", and "Chispita".  © 1996-2022, Dusty Groove, Inc.
(60s blue label pressing – nice and clean! Cover has a small name on back, but looks great overall.)

La Onda Va Bien
Concord, 1980. Very Good
LP...$8.99
A killer set by Cal Tader – every bit as great as some of his best work from earlier years! The album was recorded with a small tight combo – one that features the great Mark Levine on both acoustic piano and Fender Rhodes, plus flute and percussion by Roger Glenn, and congas and ... LP, Vinyl record album

Cal Tjader Sounds Out Burt Bacharach
Skye, 1968. Very Good+ Gatefold
LP...$33.99
Fantastic – and about as great as you'd imagine! The cool Latiny vibes of Cal Tjader meet the great compositions of Burt Bacharach, and the result is a shimmering set of tracks that forever defines the sound of groovy 60s! Cal's the perfect choice for music like this – as his sense of ... LP, Vinyl record album

Herd At Montreux
Fantasy, 1974. Sealed
LP...$9.99 (CD...$7.99)
Funky Woody caught live at Montreux – a really wonderful set that follows strongly from his tight grooves of the Cadet years, and which is easily one of his best for Fantasy! Despite the live setting, the group are every bit as tight as they were in the studio during these years – ... LP, Vinyl record album

Jazz At Oberlin (10 inch LP)
Fantasy, 1953. Very Good+
LP...$39.99
A classic album from Dave – recorded at Oberlin College, the mid-Ohio haven of bohemiana, and a growing hotbed of jazz activity centered around students in the college's conservatory of music. Dave and crew made the trip at the request of the kids – breaking from their mostly San ... LP, Vinyl record album

Dave Brubeck Octet
Fantasy, Early 50s. Very Good-
LP...$18.99
A full LP that combines early work by Dave Brubeck – pulled together from a few 10" LPs, and packaged in a nice cartoony cover. The record features the work of his octet – a group that gives a rare opportunity to hear Brubeck in a large group setting, and one that also features ... LP, Vinyl record album