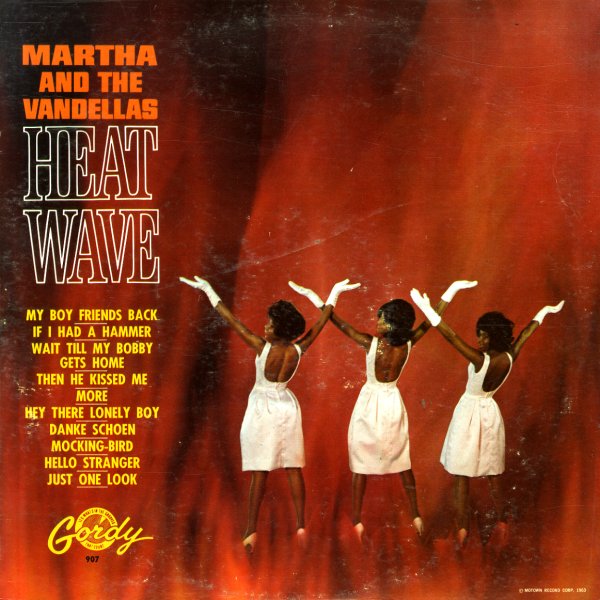 Wonderfully romping grooves from one of Motown's first great groups – a stunning set of tracks that really put The Vandellas on the map! The title cut's one of those stormers that played for years on both sides of the Atlantic – and was a key inspiration to the UK soul scene too – but the whole album's mighty nice too, and has this mix of full soul backings and clearly classy vocals that never lets up for a minute. The trio can really take on a great range of material – from Detroit floorfillers to some more uptown cuts, but still done with a nice Holland-Dozier Motown punch. In addition to "Heat Wave", other cuts include "Mocking Bird", "My Boyfriend's Back", "Just One Look", "Hello Stranger", "Hey There Lonely Boy", and "Then He Kissed Me".  © 1996-2022, Dusty Groove, Inc.
(2014 reissue on Rumble.)

Bustin Out Of L Seven
Gordy, 1979. Near Mint-
LP...$9.99
Think what you might about Rick James, this is actually a pretty darn funky album – with lots of tight bass-heavy grooves! Rick's working here with the Stone City Band, in a style that's leaner and less commercial than some of his later work – going for a mainstream funk approach, but ... LP, Vinyl record album