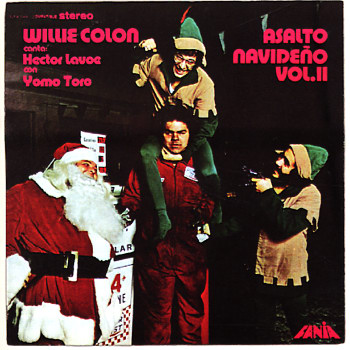 A great second session of Christmas music from Willie Colon in the 70s – served up with the same warm spirits and earthy energy as the first! As before, Hector Lavoe's on vocals, Yomo Toro plays cuatro, and the group's got a rootsy sort of feel that recalls Willie's excellent Good Band & Ugly album. The cover has a great image of Santa and his helpers gangstering a car mechanic – and titles include "Cantemos", "Pescado", "Tranquilidad", "Arbolito", "La Banda" and "Recomendacion".  © 1996-2022, Dusty Groove, Inc.
(US pressing. Labels have some pen. Cover has surface and edge wear.)

Beautiful
Blue Note, 1970. Very Good+
LP...$49.99
A beautiful bit of Latin funk – and one of the rarest albums ever from the mighty Candido! The album's one of the first that has Candido stepping out of the straighter Latin jazz mode of earlier years – working with a funky lineup of players arranged by the mad genius Joe Cain, and ... LP, Vinyl record album