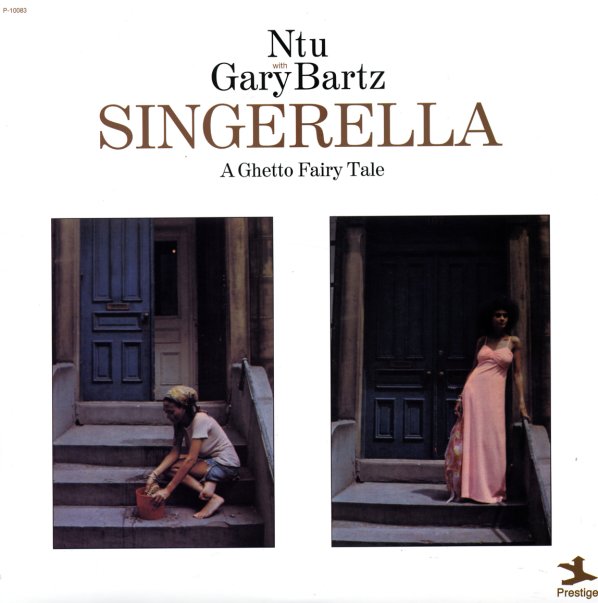 One of the last Gary Bartz albums for Prestige – and a really unique session with a different feel than some of his earlier work! Gary's still got plenty of angular funk in his sound here – thanks to some edgey keyboards from Hubert Eaves – but he's also tightened things up a bit without smoothing them out – cutting down on the longer jams in favor of a more focused approach, and singing himself on many cuts, taking on the quirky lyrical role that used to be held by Andy Bey! Bartz also produced the record himself, but Larry Mizell handled the final mix – giving the record a slightly spacier Mizell-inflected groove, but one that's not as full as on other Bartz/Mizell collaborations. The vocals here are all pretty great, and the album's filled with oddly-grooving tunes that really have a heck of a lot of charm – including the call-response track "Dozens", plus "I Don't Care", "Lady Love", "St Felix Street", "Nation Time", and "Blind Man".  © 1996-2021, Dusty Groove, Inc.
(Original pressing, with insert! Cover has a cut corner.)

Mingus Ah Um
Columbia, 1959. Very Good+
LP...$59.99 (CD...$4.99, LP...$28.99)
One of Charles Mingus' true classics – and an essential album in any jazz collection! This 1959 gem was recorded by Mingus at a key point in his career – when he was rising from the jazz underground into the ranks of America's elite jazzmen, penning some of the most challenging work of ... LP, Vinyl record album