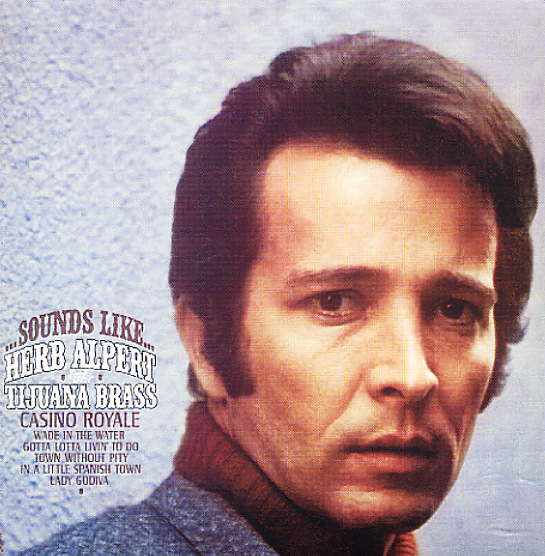 Sounds like Herb Alpert, but it grooves in ways that we hardly expected – playful, creative, and filled with so many more rhythms than just the Tijuana groove we might have thought! There's a real deepening sense of instrumental pop going on here – as Herb explores some of the darker strains brought into the market by younger groups and artists on the scene, and through some of the cross-cultural recordings that were opening up as the global music market expanded in the mid 60s. The Brass still get in plenty of their jaunty licks in the set, but there's also more of a sense of Herb as a standout man of his own – a mature, all-adult sound that's got some great brooding emotion from time to time. Titles include the great sample cut "Treasure Of San Miguel", "Casino Royale", "Wade In The Water", "Shades Of Blue", "Bo Bo", "Lady Godiva", "Town Without Pity", "Gotta Lot Of Livin To Do", and "The Charmer".  © 1996-2022, Dusty Groove, Inc.
(Tan label stereo pressing.)