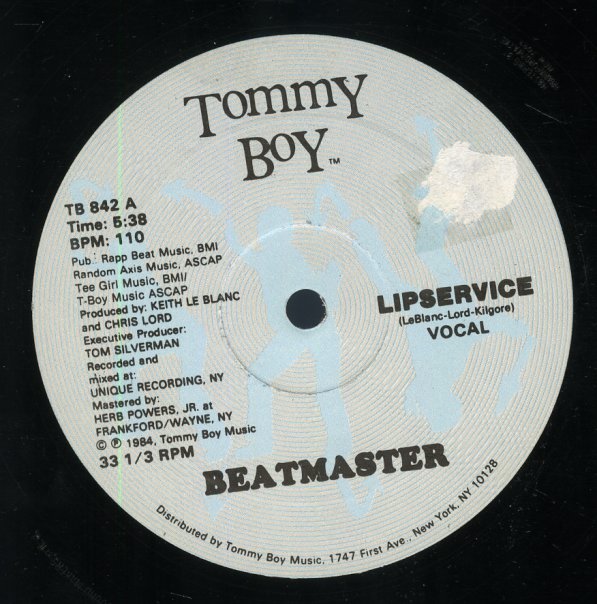 (White label promo in a Tommy Boy sleeve. Labels have some pen.)

Me, Myself & I (radio, inst, oblapos mode, oblapos inst)/Ain't Hip To Be Labeled A Hippie/What's More/Brainwashed Follower
Tommy Boy, 1989. Very Good+
12-inch...$19.99
Great 3-sided single that features two regular sides, plus a third side "hidden" amidst the grooves of the second side. Loads of great stuff, including "Brain Washed Follower" and "Ain't Hip to Be Labeled a Hippy". The kind of 12 inch single that makes collecting ... 12-inch, Vinyl record