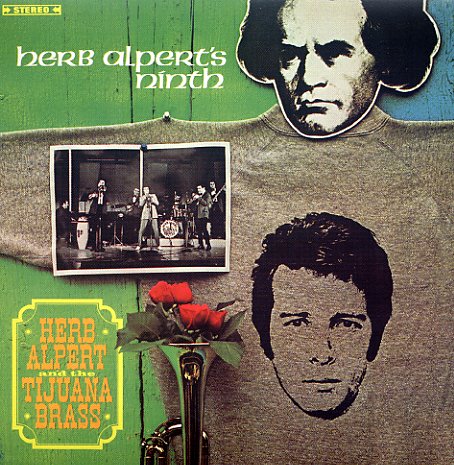 Wonderfully jaunty and jagged work from trumpeter Herb Alpert – and a session that has him opening up the Tijuana Brass groove a bit more than usual! There's clearly an influence here of the Brazilian sound that was showing up strongly at A&M Records at the time – heard to greatest effect on the album's version of Chico Buarque's "A Banda", but also in gentler, more subtle ways that seem to emerge in other tunes that trade the group's older sound for one that has more of a bossa sense of subtlety. Also, there's some great A&M pop that's beginning to emerge here too – as in the album's great takes on "The Happening" and "Love So Fine" – both of which really sound beautiful here! Other tracks include "Cowboys & Indians", "Flea Bag", "Love Nest", and "Bud".  © 1996-2021, Dusty Groove, Inc.
(Brown label stereo pressing. Includes the A&M inner sleeve.)