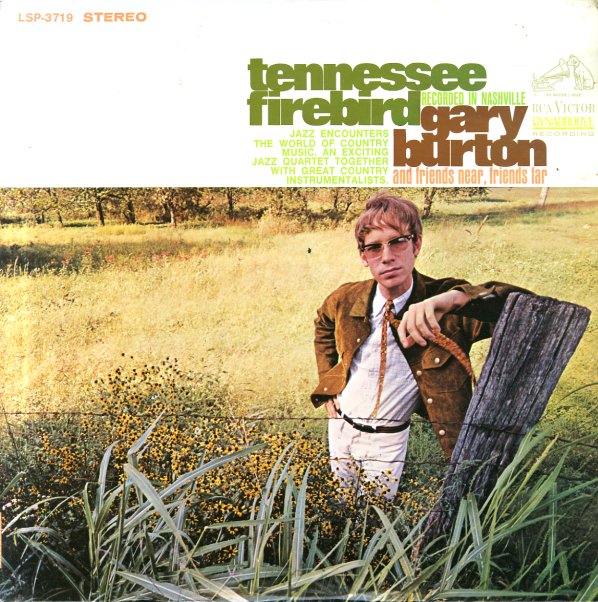 Quite an unusual session from Gary Burton – recorded in Nashville, with a mix of jazz and country session players – coming together in an open-ended sound that's got lots of complicated touches. Gary's jazz side is represented by Roy Haynes on drums, Steve Swallow on bass, and Steve Marcus on sax – and the Nashville side of things is handled by players that include Buddy Emmons, Ray Edenton, Charlie McCoy, and Chet Atkins, who duets with Burton on two spare tracks. The sound is hard to describe, but quite different from, and equally striking as, Burton's 60s albums for RCA. Titles include "Epilogue", "Alone & Forsaken", "Walter L", "I Want You", "Just Like A Woman", "Gone", "Tennessee Firebird", "Beauty Contest", and "Born To Lose".  © 1996-2021, Dusty Groove, Inc.
(Black label stereo Dynagroove pressing with deep groove – a nice copy!)

New Quartet
ECM, 1973. Sealed
LP...$24.99
A fantastic 70s album from Gary Burton – a set that definitely has the "new" promised in the title, as it takes off more from some of Gary's work in previous years! The record's got this explosive sense of color that really comes through in Gary's vibes – and in the way the ... LP, Vinyl record album