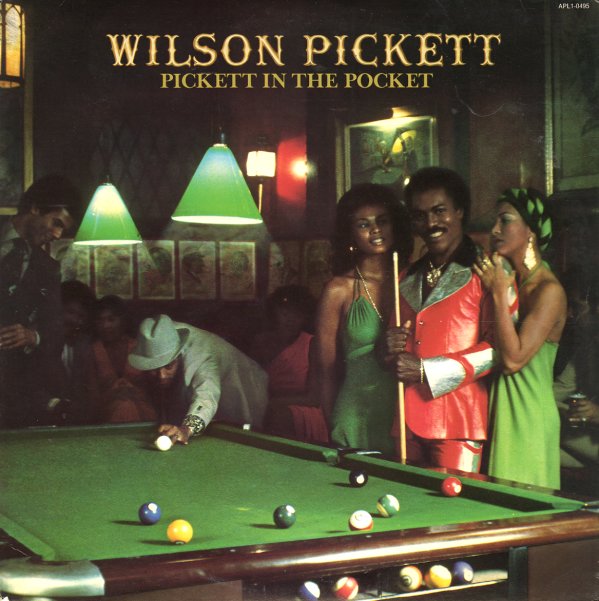 Pickett In The Pocket

One of Wilson Pickett's overlooked 70s gems for RCA Records – material that's often overshadowed by his earlier fame on Atlantic, but which still has the singer very much at the top of his deep soul game! The music here is that mature version of southern soul that was bubbling up in the 70s – handled by Brad Shapiro with some nicely sophisticated touches that remind us that Pickett's not just another funky singer, but a very wide-ranging talent – almost working with some echoes of the Otis Redding legacy on the ballads. Cuts include "What Good Is a Lie", "I Was Too Nice", "Iron It Out", and "Take Your Pleasure Where You Find It".  © 1996-2021, Dusty Groove, Inc.
(Still sealed in clean shrink, with a promo imprint.)

Wicked Pickett
Atlantic, 1966. Near Mint-
LP...$29.99
A breakout record that forever put Wilson Pickett at the top of the heap for mainstream 60s soul – thanks to the oft-covered, endlessly played "Mustang Sally" single that leads off the set! And although the groove established by that track helped Pickett establish an audience on ... LP, Vinyl record album