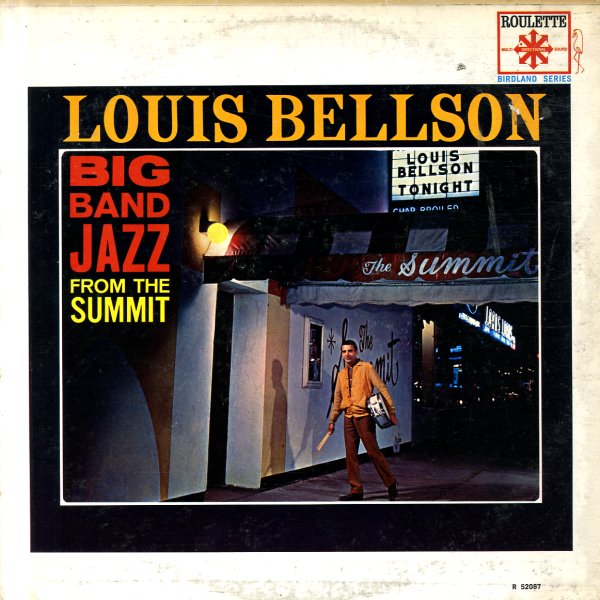 Big Band Jazz From The Summit

One of Louie's hippest records – a hard grooving set of tracks recorded live, with a swinging off-beat edge that's very different than some of his other straighter work. The players include Conte Candoli on trumpet, Joe Maini on alto, Willie Green on tenor, and Bill Perkins on baritone – as well as Gene Estes on vibes and "boo bams"(?) Most tracks are uptempo, often with a bit of a swinging crime jazz sound to them – and titles include "Cool", "Gumshoe", "Blitzen", "Doozy", and "The Diplomat Speaks".  © 1996-2021, Dusty Groove, Inc.
(80s Spanish Fresh Sound pressing.)

Honky Tonk A-La Mod!
Roulette, 1966. Very Good+
LP...$14.99
The soulful Hammond of Bill Doggett gets a sweet shift for the 60s – hitting a mod jazz mode that Bill no doubt inspired by his groundbreaking work of the 50s! The groove here is nicely snapping – in a space between soul instrumental work and jazz, with lots of tight guitar from Billy ... LP, Vinyl record album

St Louis Blues – Solo Piano
Improvising Artists Inc, 1978. Very Good+
LP...$49.99
Beautiful solo piano work from Sun Ra – presented in a style that's nicely different from his material on Saturn Records! Ra plays solo on his own compositions – "Sky & Sun", "I Am We Are I", "Thoughts On Thoth" – plus some older material that he ... LP, Vinyl record album