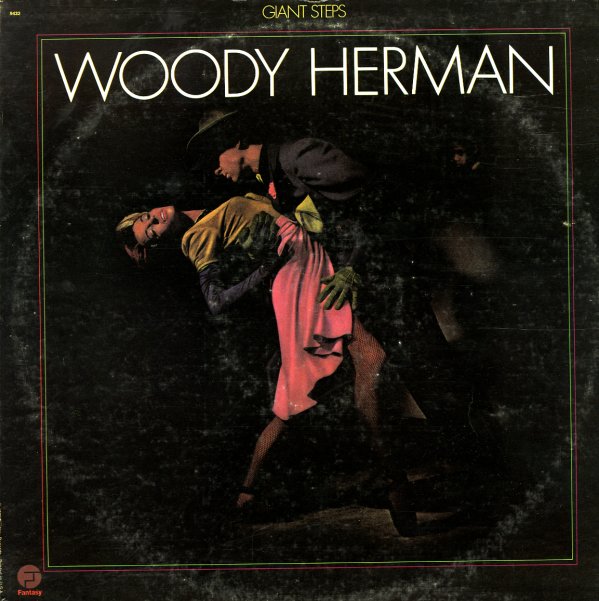 Genius 70s work from Woody Herman – funky big band with electric touches, served up on a range of wonderful tunes! Woody's still at the helm of the group on saxes and clarinet – but as with other Fantasy and Cadet albums, the real thanks here goes to arrangers – who include Bill Stapleton, Alan Broadbent, Tony Klatka, and Richard Evans – who's making a brief post-Cadet appearance here to serve up a fierce version of his classic "First Thing I Do" – a jazzy reworking of the Joyce Williams tune, done here with a nice break, wah-wah guitar, and a real badass soundtrack style! Rhythm players include Joe Beck and Ray Barretto – and the whole album's great throughout. Titles include "Think On Me", "A Child Is Born", "Freedom Jazz Dance", "First Thing I Do", "Giant Steps", and a great take on Chick Corea's "La Fiesta", complete with electric piano!  © 1996-2021, Dusty Groove, Inc.
(Brown label pressing. Cover has light wear.)

Twelve Shades Of Blue
Columbia, Mid 50s. Very Good+
LP...$2.99
Title include "Blues In The Night", "Blue Flame", "Blue Prelude", "Blue Moon", "Under A Blanket Of Blue", and "Between The Devil And The Deep Blue Sea". LP, Vinyl record album

Woody Herman 1963
Philips, 1963. Very Good+
LP...$1.99
Despite what you might think about some of Woody's big band contemporaries from the 40s, you've got to admit that Woody himself was always growing and changing as the decades went on – as this 1963 album will attest! Woody's in great form here – still working with a tight group of ... LP, Vinyl record album

Thundering Herds (3LP Box Set)
Columbia, Late 40s. Near Mint- 3LP Box Set
LP...$11.99
A great little box set – one that brings together a wealth of material from the years 1945 to 1947 – recorded by various "Herds" led by Herman, some of his most famous and groundbreaking work of the time. Arrangements are by Ralph Burns, Shorty Rogers, and Neal Hefti. ... LP, Vinyl record album

Concert On The Campus
Fantasy, Early 60s. Very Good
LP...$14.99
A nice early Cal Tjader set for Fantasy – featuring Cal's vibes set up in a piano and percussion mode – a bit like work by the George Shearing group, but with a hipper sound, and more of a firey Latin finish, thanks to percussion by the likes of Willie Bobo and Mongo Santamaria. Lonnie ... LP, Vinyl record album

Crosscurrents
Fantasy, 1978. Very Good+
LP...$9.99
A later session from Bill Evans – but one that features some great work from Lee Konitz on alto and Warne Marsh on tenor – one of Evans' last sessions with horn players! Eddie Gomez plays bass – and titles include "Eiderdown", "Pensativa", "Everytime We ... LP, Vinyl record album