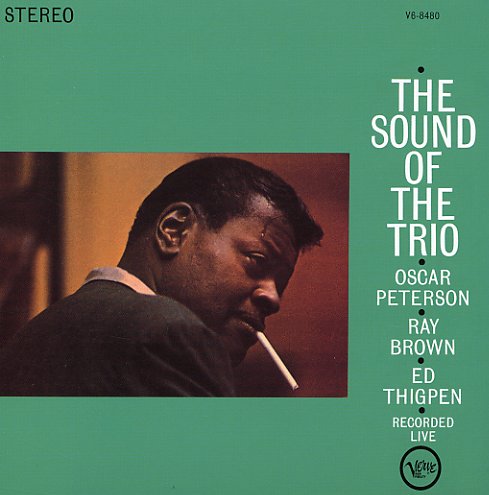 Sound Of The Trio

The sound of the trio is loud and clear on this set – captured before a very appreciative crowd at the London House in Chicago, and featuring Peterson at his inventive best! The tracks on the set stretch out longer than most of the group's studio sessions from the time, and the album's recorded in a great way that also includes Oscar's mumbling at the keys – that humming and grunting style that isn't always caught on record, but which adds a great deal of grit and humanity to the record – especially considering his fluid grace on the piano! As usual, Ray Brown is on bass and Ed Thigpen's on drums – and titles include "Tricotism", "On Green Dolphin Street", "Thag's Dance", and "Kadota's Blues".  © 1996-2021, Dusty Groove, Inc.
(Early 80s Japanese Polydor stereo pressing, UMV 2078.)