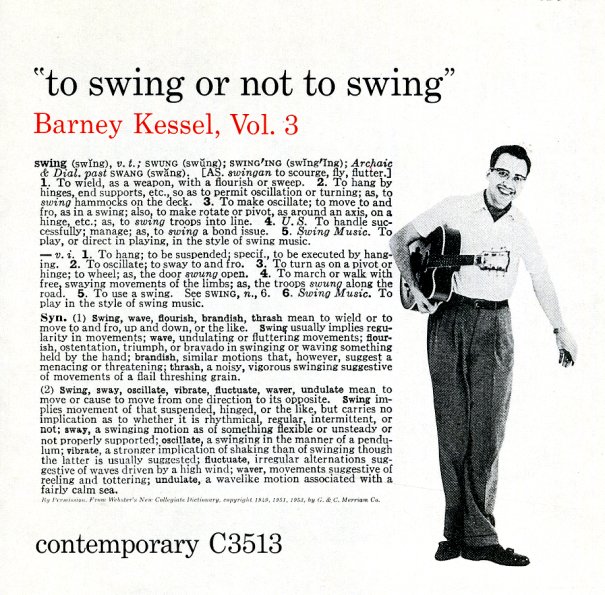 To Swing Or Not To Swing – Barney Kessel Vol 3

Given Barney's touch on the guitar, you can bet that a record like this hardly could claim "not to swing" – and the session's a tight groover done in a way that clearly marks Kessel as one of the best guitar talents of his generation! The recording quality of the album is wonderful – and Kessel's right up front in the mix, often varying his tone slightly from track to track – in a way that makes for a wider voice on the session, but one that's also free from gimmicks. Other players include Bill Perkins, Jimmy Rowles, Georgie Auld, and Harry Edison – and titles include "Contemporary Blues", "Happy Feeling", "Begin The Blues", "Wail Street", "Don't Blame Me", and "Moten Swing".  © 1996-2020, Dusty Groove, Inc.
(Mono yellow label pressing with deep groove. Cover has light stains along the top seam and spine, and is bent a bit at the bottom right corner.)