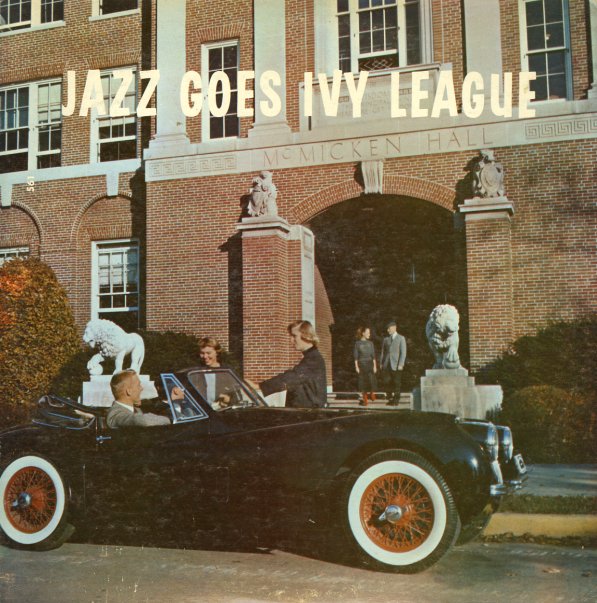 An excellent bit of jazz from the Chicago scene – featuring the early roots of a set of players that would go onto influence the city's soul scene in a huge way. Johnnie Pate's probably best known as the arranger behind many great soul singles – including most of the Impressions 60s work – but he's playing bass here with a group that includes other great soul studio talents, like Charles Stepney on vibes, Lennie Druss on flute, Floyd Morris on piano, and Wilbur Wynne on guitar. The tracks are longish – with kind of a soul jazz take on the chamber jazz groove of the west coast, showing the first signs of the evolution of the jazz sophistication that would influence Stepney's later productions for Cadet, or Druss' work in the Soulful Strings. Titles include "Nita", "Que Jay", "Currant Jelly", and "Soulful Delight".  © 1996-2020, Dusty Groove, Inc.
(Black label King pressing with deep groove. Cover has split seams held with old tape, aging, and surface wear.)

Jodo
King (Japan), 1971. Near Mint-
LP...$29.99
A great trio date that has Takehiro Honda working with Reggie Workman on bass and Motohiko Hino on drums – an extremely great group that really takes off in this setting! The record is one of the freer sides from Honda at the time – done in the more open, lyrical modes that were coming ... LP, Vinyl record album

Swing Journal All-Star Bands – Jazz In Tokyo
King (Japan), 1956. Near Mint- Gatefold
LP...$24.99
An important 50s overview of the strength of Japanese jazz in the postwar years – a killer collection of some of the hottest acts on the Tokyo scene – all recording here specially for the set! The record features some alto from Sadao Watanabe, tenor from Hidehiko Matsumoto, and work ... LP, Vinyl record album

By Popular Demand
King, Late 50s. Very Good+
LP...$5.99
Hmmm . . The cover's got crowds of people flocking to (or from?) a giant alto sax – but we're still not convinced that the album contains tracks that Earl finally succumbed to recording after exceissive popular demand. Still, we love that tone – as always – and it's a pleasure to ... LP, Vinyl record album