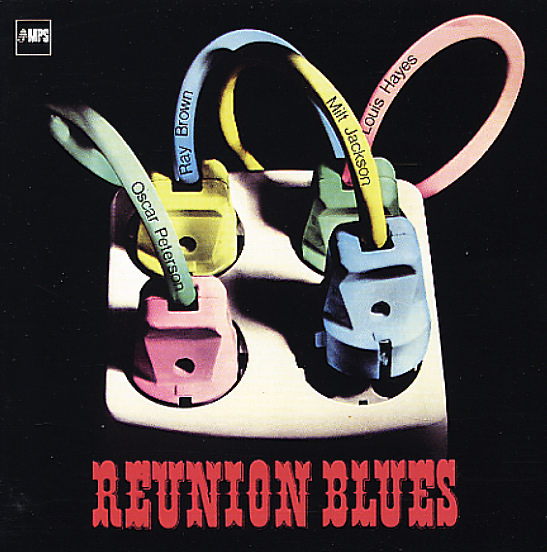 The piano of Oscar Peterson meets the vibes of Milt Jackson – and the result is a wonderfully groovy set! We can't remember when the 2 players had worked together before in order to have such "reunion" – but they work together beautifully on this session, with Jackson's vibes bringing in a whole new range of colors, tones, and sounds to the usual Peterson set! As with the other MPS recordings in Oscar's career, the sound here is impeccable – very well done, and in a way that has the ringing tones of both players floating in air beautifully next to each other. Ray Brown's bass and the drums of Louis Hayes complete the group – and titles include "Satisfaction", "Dream Of You", "When I Fall In Love", "Red Top", "Reunion Blues", and "Some Day My Prince Will Come".  © 1996-2021, Dusty Groove, Inc.
(US pressing. Cover has some edge wear.)