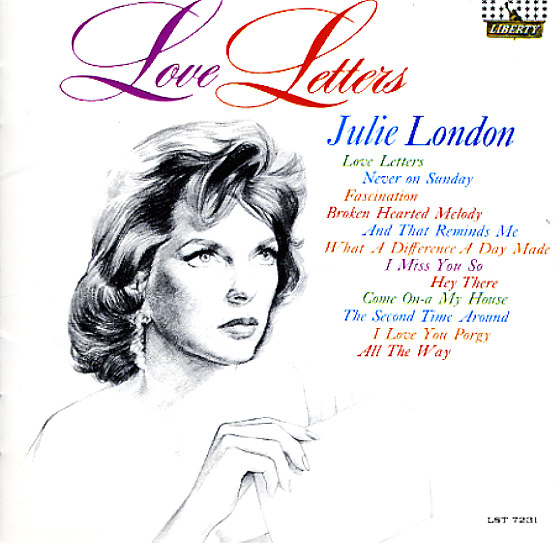 A set that has Julie London still working in the breathy and mellow style of her late 50s classics – with very spare backings that really let Julie's vocals take center stage, and often a nice guitar line in the front of the mix, picking its way through the tunes right behind Julie's voice! Titles include "My Heart Reminds Me", "Love Letters", "Broken Hearted Melody", "Fascination", "Never On Sunday", "Hey There", "I Miss You So", and "Come On-A My House".  © 1996-2020, Dusty Groove, Inc.
(Rainbow label mono pressing. Cover has light wear.)