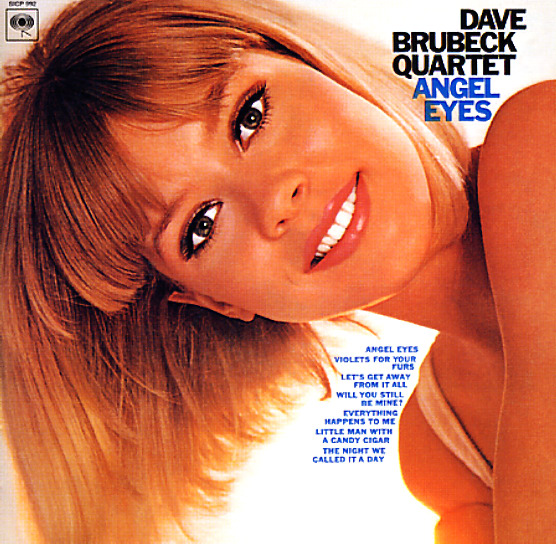 Beautiful later work by the Dave Brubeck Quartet – an overlooked gem from their 60s Columbia sessions, and an album that features interpretations of tunes written by the great Matt Dennis! Dennis had a way with a tune that often put dark corners in the back of lovely melodies – and this subtle sense of emotion is a perfect foil for the understated talents of Paul Desmond's alto work on the set. Brubeck himself is nice too – less trick-oriented than usual, in a way that lets us focus on the colors of his tone – and drummer Joe Morello and bassist Eugene Wright are in top form, as usual. Titles include "Violets For Your Furs", "Let's Get Away From It All", "Little Man With The Candy Cigar", "Will You Still Be Mine", and "Everything Happens To Me".  © 1996-2021, Dusty Groove, Inc.
(2-Eye 360 stereo sound pressing. Cover is in great shape!)

Ellington At Newport
Columbia, 1956. Very Good+
LP...$49.99 (CD...$3.99)
One of the first albums to ever issue recordings made at the Newport Jazz Festival – quite a big hit, and the beginning of a real trend in jazz! The set's also some great work by Duke – free to perform in a setting that's not bound by some of the time restrictions of earlier years, ... LP, Vinyl record album