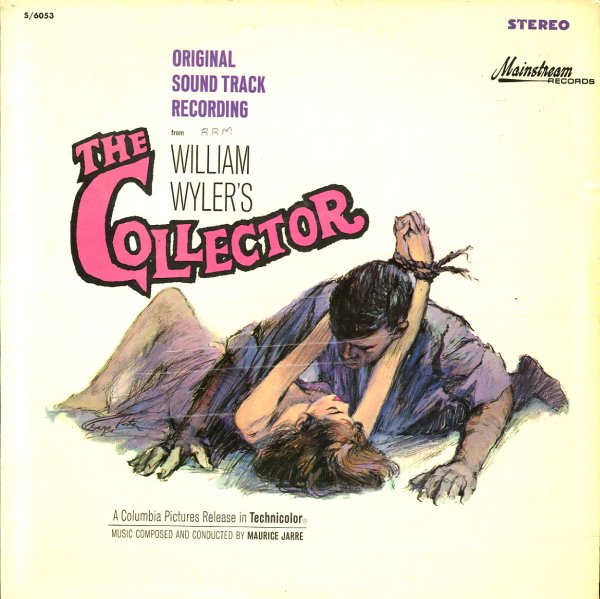 Also available
Maurice Jarre — Collector ... CD 9.99
A really beautiful little score by Maurice Jarre – smaller and more intimate than some of his other 60s work, with a number of nice tunes that turn slightly on a small amount of instrumentation. There's a feel here that's pretty dark overall – thin reed parts and a bit of harpsichord that play gently with one another, but have a very eerie feel overall. Titles include "Last Day", "Seduction", "Death", "The Catch", "Trapped", "Captive", and "The Garden".  © 1996-2022, Dusty Groove, Inc.
(Mono pressing, still sealed. Shrinkrap has a hole in front.)

Juliet Of The Spirits
Mainstream, Mid 60s. Very Good+
LP...$13.99
Incredible work by Nino Rota – and one of his best scores ever for Fellini! The tracks are done with a weird mix of instruments that include organ, vibes, electric guitar, clarinet, and some occasional wordless vocals that really sound crazy – almost Morricone-like at points, but with ... LP, Vinyl record album

Man & His Movies
Mainstream, Early 60s. Sealed
LP...$4.99
Includes music from The Carpetbaggers, Rat Race, Sudden Fear, To Kill A Mockingbird, Man With The Golden Arm, and Walk On The Wild Side. LP, Vinyl record album

Moment Of Truth
Mainstream, Mid 60s. Near Mint-
LP...$9.99
A nice little score from the great Piccioni – penned for a mid 60s film about a bullfighter! Given the setting, there's a number of tracks on here that have a slight flamenco tinge – but there's also plenty of other tunes done in the wonderfully seductive early Piccioni jazz style ... LP, Vinyl record album