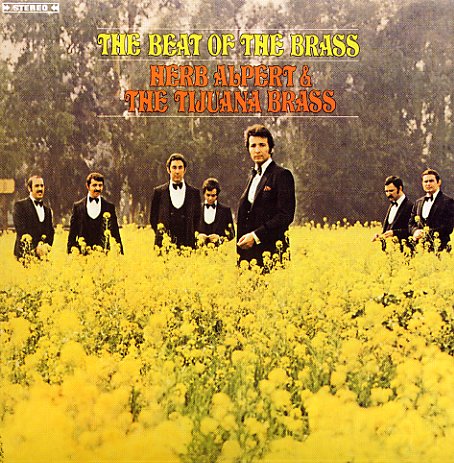 Beat Of The Brass

Beautifully compressed pop from Herb Alpert – a session that's still got the traditional Tijuana Brass style, but which also displays a more restrained, more adult approach to instrumental pop! The rhythms are nicely changed out more than before here – stretching out with interwoven exotic touches and sweeter A&M pop – all coming together at a level that's far more sophisticated than you might guess if you've only got a version of Herb that's reduced to simple cliche! Herb also makes a key vocal appearance on the song "This Guy's In Love With You" – the group's first #1 single, and the beginning of a great run of Alpert vocalizations. Other tracks include "The Robin", "Slick", "Panama", "A Beautiful Friend", "She Touched Me", and "Thanks For The Memory".  © 1996-2021, Dusty Groove, Inc.
(Cover has a thin strip of clear tape on the seams.)