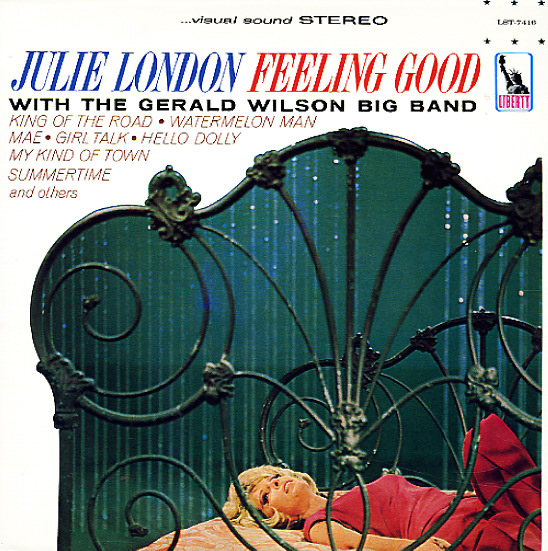 Near-lost work from Julie London – a later album for Liberty, the kind of record that should have become a classic – had she not recorded so much at the time that they got buried in the rush of all her releases! Julie's working in a nice upbeat, swinging style – with some great big band arrangements from west coast maestro Gerald Wilson – who really brings new life into Julie's style with the set! The tunes are mostly familiar 60s numbers on the set, but Wilson's lively backings are plenty playful, and show us a side of Julie that we'd never heard before. Titles include "She's Just A Quiet Girl", "Summertime", "Watermelon Man", "Girl Talk", "I Bruise Easily", and "Won't Someone Please Belong To Me".  © 1996-2021, Dusty Groove, Inc.
(Stereo pressing.)