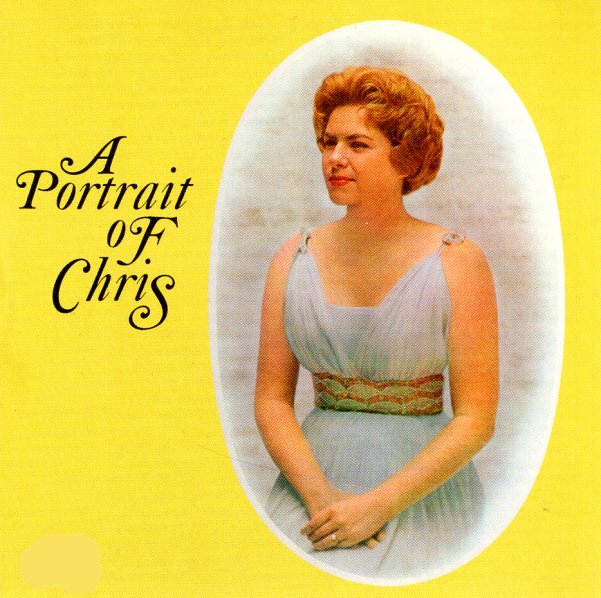 A very moody album from Chris Connor – one that features arrangements by Ronnie Ball and Jimmy Jones, on a somber set of songs that makes the album one of Chris' darkest for Atlantic! Most of the tunes are in small group settings – a bit tightly arranged, but in a good way that gives the record a kind of June Christy sort of sound – never to overdone on the vocal tip, with a sense of restraint that only further creates tensions in the tunes! There's a level of sophistication here that's way different than the somewhat cheesy image on the cover – and titles include "Where Flamingos Fly", "Alone Together", "I'm Glad There Is You", "If I Should Lose You", "Here's That Rainy Day", and "Love".  © 1996-2021, Dusty Groove, Inc.
(Stereo pressing. Shrinkwrap is aged, with a Factory Sealed sticker on front.)

This Is Chris
Bethlehem, Mid 50s. Good
LP...$2.99
Beautifully icy vocals from the amazing Chris Connor – the kind of record that set a new standard for vocal jazz back in the 50s! The session's a small group one – with Chris singing intimately alongside backing from Herbie Mann on flute and tenor, Kai Winding and JJ Johnson on ... LP, Vinyl record album

Your Mind Is On Vacation
Atlantic, 1976. Sealed
LP...$11.99
Ol' Mose manages to keep his cool, even in the 70s – laying down some great small combo work with Joe Farrell and Al Cohn each playing a bit of tenor! That Allison vocal approach is right on the money – and titles include "Your Molecular Structure", "If You Only ... LP, Vinyl record album