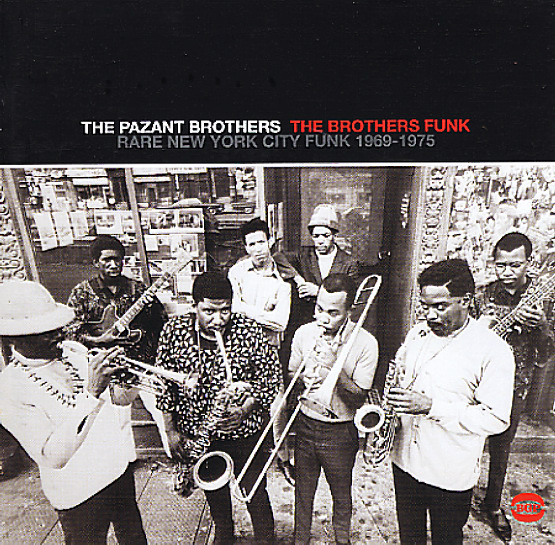 Mindblowing funk from one of the greatest combos on the New York scene of the early 70s – Pazant Brothers Eddie & Al, heard here on a host of their greatest recordings! The package goes way past any other Pazant reissues we've seen – and features not only work from the group's famous Vanguard album, but way way more work from a host of early singles for the RCA, GWP, and Vigor labels! The 22 track package is overstuffed with horn-heavy funky grooves that mark the Pazants as one of the hottest things going at the time – snapping on the beat with a tightness learned from their old boss Pucho, but also a willingness to explore brassier grooves in a style that seems to be influenced from the New Orleans and Texas scenes of the late 60s. Producer/arranger Edward Bland had a good hand in much of this work – giving the tracks a gritty, nitty, Perception/Today kind of groove – and a few of the very best numbers on the record even bring in some wicked scratchy guitar into the mix! Includes early and later (Vanguard) versions of "Skunk Juice", "New Orleans", "Toe Jam", "Work Song", and "A Gritty Nitty" – plus "Chick A Boom", "Greasy Greens", "Fever", "Juicy Lucy", "Chicken Scratch", "Fly Vines", and "Back To Beaufort".  © 1996-2021, Dusty Groove, Inc.