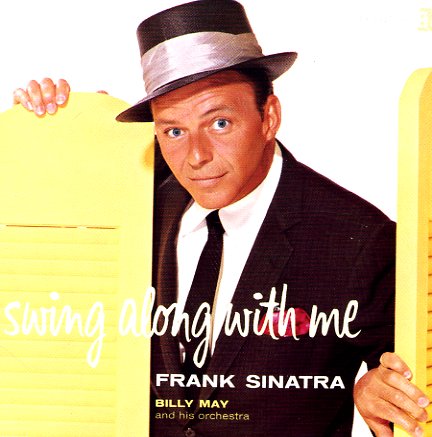 Also available
Frank Sinatra — Swing Along With Me ... CD 3.99
This was Sinatra's first swing record for Reprise and his third collaboration with Billy May who arranged and conducted this 1961 recording. It features some standards from the likes of Rodgers & Hart ("Have You Met Miss Jones?") and George & Ira Gershwin ("Love Walked In"), plus some others like "Granada" and "Moonlight on the Ganges." There is a charming photo of Frank on the back cover swinging a golf club in fine form. (This is the record that was later changed to Sinatra Swings.)  © 1996-2023, Dusty Groove, Inc.
(Orange and tan label stereo pressing. Cover has light surface wear.)