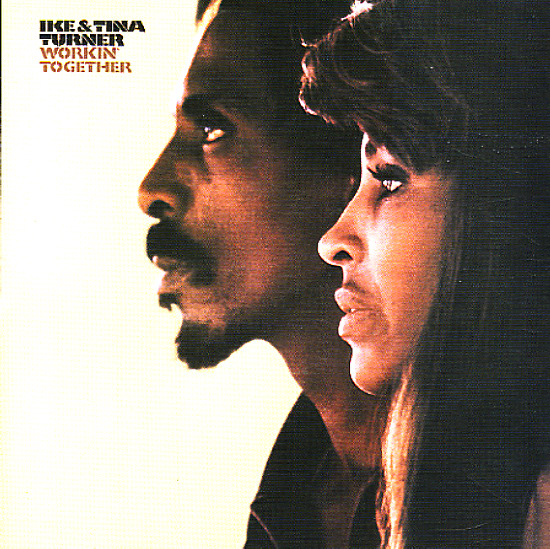 Also available
Ike & Tina Turner — Workin' Together ... LP 13.99
A nicely pivotal album by Ike & Tina Turner – one that has them still retaining some of the earthiness of earlier years, yet also honing their groove for the crossover audience that was digging them big at the end of the 60s! The best results of this shift is the increasing funk component in their music – a move away from R&B into a tighter 60s groove, one that often featured very strong guitar parts in its best incarnation. The set includes the classic "Funkier Than A Mosquito's Tweeter", plus "Ooh Poo Pah Doo", "Let It Be", "Goodbye So Long", "You Can Have It", "The Way You Love Me", "Get Back", and "Workin Together".  © 1996-2022, Dusty Groove, Inc.
(Original stereo pressing.)

Come Together
Liberty, Late 60s. Very Good+ Gatefold
LP...$6.99 9.99
Ike and Tina Turner crossed over big by this point in their career – grabbing a lot of ears that were mostly listening to rock music, but who finally got that many of their heroes were influenced by the pair – who were then throwing things back towards all their copycats with a record ... LP, Vinyl record album

Ooh Poo Pah Doo (The Ike & Tina Turner Show, Vol II)
Harmony, 1965. Very Good+
LP...$6.99
A strange little record that's seen life in more than a few releases over the years – this one on Columbia's Harmony subsidiary! The album is a follow-up to Ike & Tina's first bit live album for Warner – and features Ike & Tina with the Ikettes playing and singing in their ... LP, Vinyl record album

Hit After Hit
Liberty, 1962. Near Mint-
LP...$2.99
A well-titled album, as it features some of Gene's big early hits, mixed along with lesser-known gems – all done in that proud, loud style he used before becoming the Headless Hero! Snuff Garrett produced most of the work, and the tunes have a bold approach that certainly draws from the ... LP, Vinyl record album

Floaters
ABC, 1977. Near Mint-
LP...$7.99
Their classic, with the great long version of "Float On", which is a monster soul cut that stands tall with steppers and rappers alike. It's probably the best track they ever did, and it's all here in a version that's nearly 12 minutes long – with loads of samples that you'll ... LP, Vinyl record album

It's a Man's Man's Man's World
King, 1966. Very Good+
LP...$54.99
James Brown, proud and loud – a smoking 60s album that provides a great link between his earlier styles and his freer roots – with a brilliant blend of funk, soul, and a touch of raw R&B! Given the power of The Godfather at this point, there's no denying that even the older cuts ... LP, Vinyl record album