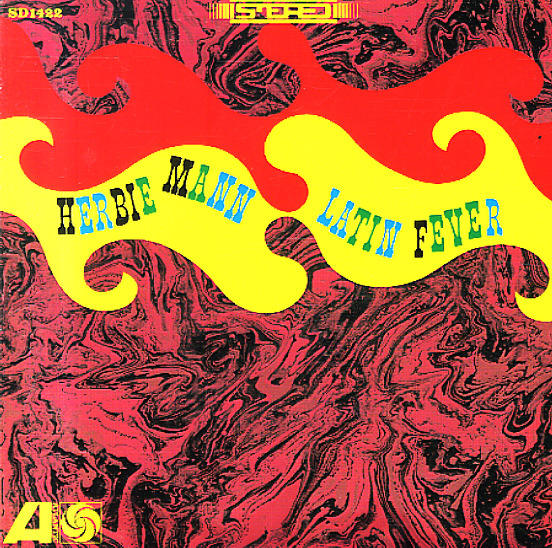 Herbie Mann's got Latin fever – and it makes for one heck of a great 60s album! The vibe here is more bossa nova than the New York Latin of the time – but that's OK with us, because Mann's flute is perfect in the setting – and really sparkles here on the album's tracks that were partially recorded in Brazil! Mann's got a way of putting a nice sort of punch into bossa – using his sharp flute lines in ways you'd never hear a Brazilian player use at the time – and titles include the bossa numbers "Nana", "Groovy Samba", "Influencia De Jazz", and "Batida Differente" – plus "Fever", "The Golden Striker", and "Now Now – Later On".  © 1996-2022, Dusty Groove, Inc.
(Green and blue label stereo pressing. Cover has light aging, with some tape remnants, a bit of pen, and a thin stain at the bottom of the opening in back.)

Push Push
Embryo, 1971. Very Good+ Gatefold
LP...$9.99
One of Herbie Mann's biggest albums – and one of his funkiest too! The cover's a bit of an off-putter – although it probably helped sell the record, back in the day – but the grooves are as rock-solid as anything that Herbie cut at the time – tight, focused, and a perfect ... LP, Vinyl record album