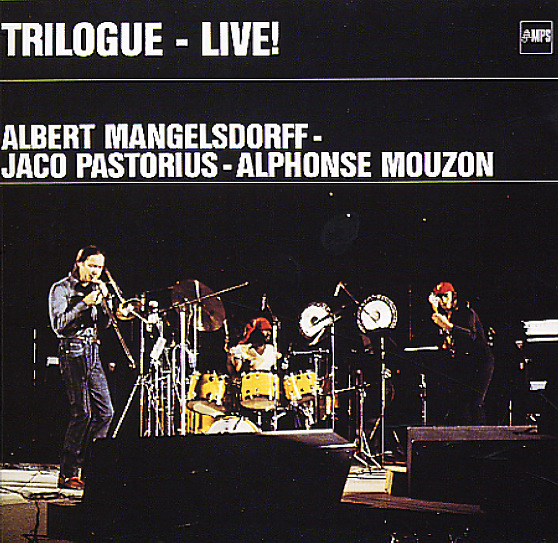 One of the best-remembered MPS sessions from avant trombonist Albert Mangelsdorff – a smoking live set, done in bold trio formation! Mangelsdorff gets some famous help on the date from Jaco Pastorius on bass and Alphonse Mouzon on drums – both players who push Albert past his usual sensitive style in spare settings – into a really bold, aggressive style that makes the album a real standout in 70s trombone! Albert's still got a firm grip on the date – and is never overwhelmed by the mighty drums of Mouzon – but he also seems to push his sound even more than before, with beautifully-blown notes that are unlike anything else we've heard on his instrument. Pastorius gets good exposure on the date too – bringing in a darker bottom to the best numbers – and titles include "Trilogue", "Ant Steps On An Elephant's Toe", "Zore's Mores", and "Accidental Meeting".  © 1996-2021, Dusty Groove, Inc.
(Dutch pressing. NOTE – Cover is lightly stained and wavy from moisture.)