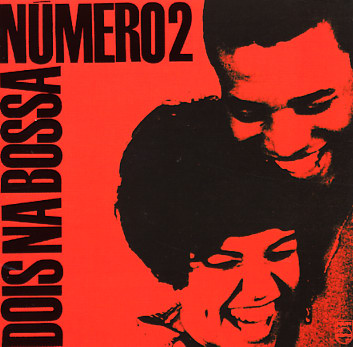 A year after their debut, Elis Regina and Jair Rodrigues are back on stage with a second lively set of tracks – tightly smoking material that weaves together bossa, samba, and jazz – all with an edge that's almost even greater than Elis' later studio albums! Even at this young age, her voice has tremendous power – echoing out in front of a very supportive audience, sometimes traded in duet form with Jair, sometimes letting him step out in the lead on his own. The backings are great – very much in a small combo bossa mode – and titles include "Tristeza", "Sao Salvador Bahia", "Santuario Do Morro", "Upa Neguinho", "Canto De Ossanha", "Amor Ate O Fim", and an extended "pot-pourri" number that leads off the set!  © 1996-2022, Dusty Groove, Inc.
(Mono blue label pressing, Cover is without the original plastic outer sleeve, and has light wear along the opening.)

Ciclo
Philips (Brazil), 1983. Near Mint-
LP...$24.99
A nicely rootsy little album from Maria Bethania – recorded during a period when some of her music could often sound much fuller and more electric! The album's got subtle help from Toninho Horta, Dori Caymmi, and Guto Graca Mello – all of whom arrange Maria's vocals in a sophisticated ... LP, Vinyl record album