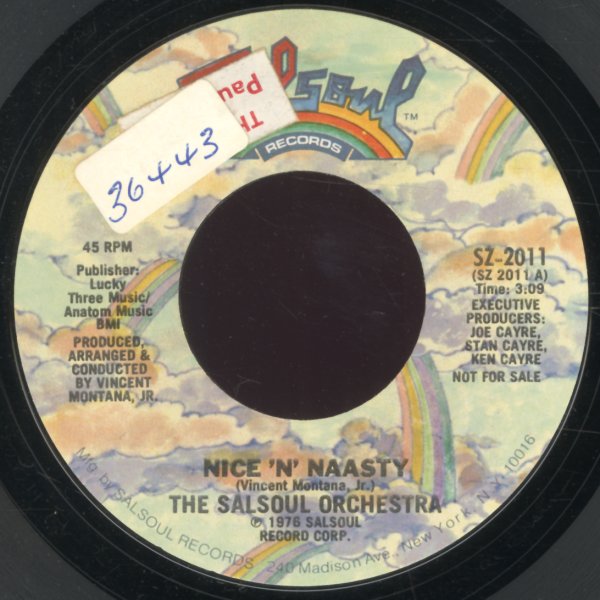 Back to back slammers from Salsoul Orchestra! "Nice N Naasty" has a great funky bit on the intro – setting the scene for a jaunty groove that's not nearly as kitshcy as you'd expect from the title, and which has all the sweet Salsoul touches firmly in place! "Nightcrawler" is slower and snakier – as you'd guess from the title – and moves long with a great jungle/exotica kind of groove!  © 1996-2021, Dusty Groove, Inc.
(Label has a small sticker.)