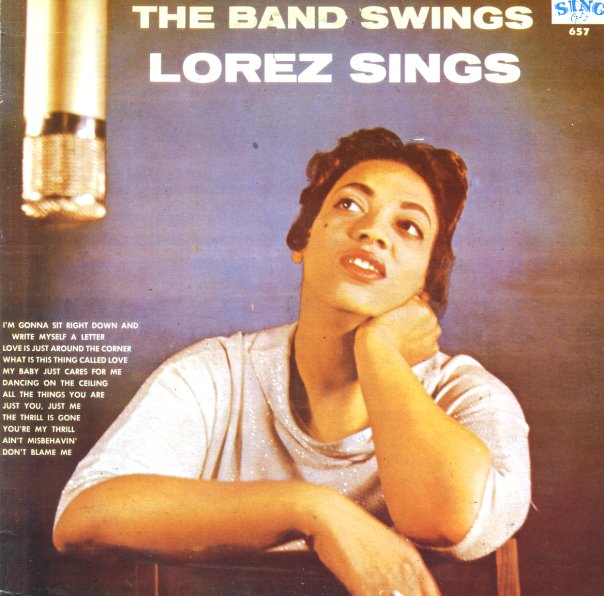 Early greatness from Lorez Alexandria – and proof that she was a singer who could handle a tune like nobody else! At one level, the set appears to be a simple batch of standards, given a slight jazz twist – but as usual for the great one, Lorez manages to inflect each and every note with her own approach – stretching things, turning them, and pushing the whole album into a space that's far and away quite different than the usual staid vocal set it might appear to be. There's a heck of a lot of soul here – not just on the vocals, but also in the swinging jazzy backdrops – which are, unfortunately, uncredited. Titles include "Don't Blame Me", "You're My Thrill", "Love Is Just Around The Corner", "Just You Just Me", "Thrill Is Gone", and "All The Things You Are".  © 1996-2023, Dusty Groove, Inc.
(80s issue on Highland.)

This Is Lorez
King, Late 50s. Good
LP...$19.99
Incredible early work from Lorez Alexandria – the kind of album that instantly set her apart from other singers of the 50s! Lorez is working here with sublime small combo backings from the group of pianist King Fleming – an unusual Chicago ensemble that includes Wilber Wynn on guitar, ... LP, Vinyl record album