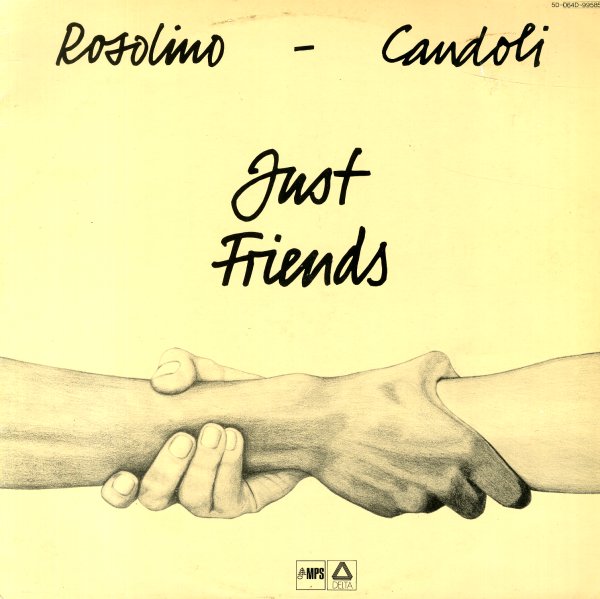 This album's a "partner" to the duo's other MPS album, Conversation, which (like this one) was also recorded during a one-week engagement at the Domicile nightclub in Munich. The group features great rhythm work from bassist Isla Eckinger, pianist Rob Pronk, and drummer Todd Canedy. Both Rosolino and Candoli are freer, and possibly sloppier, in their tone – but that's what makes the album so refreshing, as it's got a lot more of a gutbuckety approach than you'd ever hear from the players in the old days. Titles include "Quiet Nights", "Well You Needn't", "Just Friends", and "Stella By Starlight".  © 1996-2020, Dusty Groove, Inc.
(German pressing.)