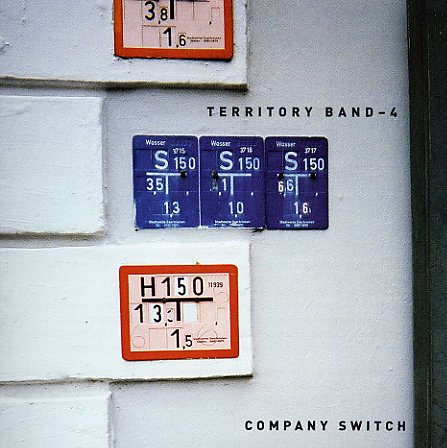 Some of the deepest work we've heard from Ken Vandermark in awhile – and that's saying a lot, given the overall greatness of most of his recordings! The set's the 4th from Vandermark's Territory Band ensemble – a larger group that allows Ken to explore grander concepts of composition and arrangement – working here in a mode that draws from the energy of his smaller group sessions, yet in a way that has a much sharper focus on the roles of the individual players. Ken's ideas are expressed beautifully in the album's 6 long original compositions – each shaded with different themes, tones, and colors, executed wonderfully by an international lineup that includes Vandermark, Fredrik Ljungkvist, and Dave Rempis on saxes; Paul Lytton and Paal Nilssen-Love on percussion; Jeb Bishop on trombone, Axel Dorner on trumpets, Kent Kessler on bass, Fred Lonberg-Holm on cello, Jim Baker on piano, and Lasse Marhaug on electronics. Titles include "Local Works", "Vertical 8", "Reverse Two", "Killing Floor", and "Franja".  © 1996-2022, Dusty Groove, Inc.

Chicago Octet/Tentet (3CD set)
Okka Disk, 1998. New Copy 3CD
CD...$55.99 59.99 (CD...$39.99)
One of the greatest releases ever from the Okka Disk label – a legendary set that stands as a great testament to the global improvising scene that exploded in Chicago during the 90s! Back in the early years of FMP, nobody would have thought to use the name "Peter Brotzmann" and ... CD

Bull Fiddle
Okka Disk, 2002. New Copy
CD...$9.99 13.99
A long-awaited solo debut from bassist Kent Kessler – a fantastic player who became one of the strongest features of the Chicago underground jazz scene in the late 90s! Kessler's a monster talent on his instrument – a player who's steeped in rich tradition, yet free to explore and ... CD

Stone/Water
Okka Disk, 1999. New Copy
CD...$9.99 13.99 (CD...$7.99)
Fantastic live material from a very unique group – the instantly-legendary meeting of reedman Peter Brotzmann with the leading lights of the Chicago avant jazz scene in the 90s – brought together into a tremendous tentet that's maybe even better than the sum of its parts! The group ... CD