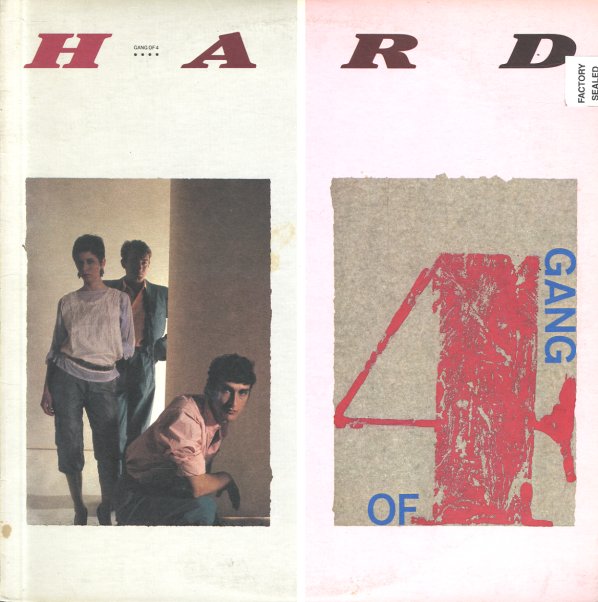 A bit of an attempt to dive into early 80s mainstream soul – and one that stands the test of time a lot better than we would have expected, despite the super-polished production that all but buries the group's earlier harder-edged style. There's a lot of really nice soulful backing vocals, and sparkling Brit-synth-drum machine funk that gives the production a bit of a Nile Rodgers feel, and even reminds us, weirdly, of some of the modern touches in Raphael Saadiq's work. Tracks include "Is It Love", "I Fled", "Silver Lining", "A Man With A Good Car", and more.  © 1996-2023, Dusty Groove, Inc.
(Includes the printed inner sleeve. Cover has some light wear.)

Another Day/Another Dollar EP
Warner, 1982. Near Mint- (pic cover)
LP...$11.99
An unusual relic from Gang Of Four's years on Warner in the US – a "special edition 12", designed to re-promote the group's harder sound to an American market! The single features 3 studio classics – "To Hell With Poverty", "Capital (It Fails Us Now)", and ... LP, Vinyl record album