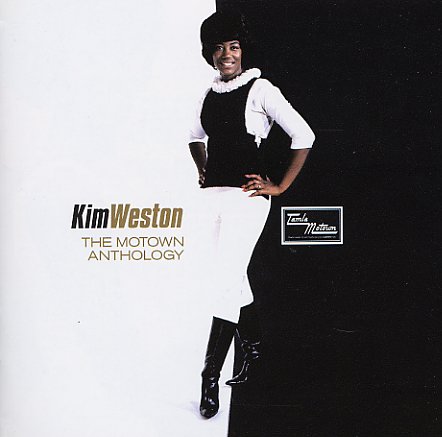 Think Kim Weston only worked on Motown as the female voice in a set of Marvin Gaye duets? Guess again – because as this 2CD package shows, Kim had a rich rich history at the label as a solo act! Although Weston never recorded a full album for Motown, her mid 60s years at the label resulted in a tremendous number of recording sessions for singles – some of which were released successfully at the time, but a good deal of which remained unissued for years, and are making their first appearance on this set! The young Motown Weston's got a great style that's strong, bold, and proud – with few of the little girl soul touches of some of her contemporaries on the label, and a deeply mature approach that made her a good choice for the famous work with Marvin Gaye. Here, though, she's all on her own – singing on tunes that include key singles, titles from Motown collections, and 34 previously unreleased numbers! Obviously, the previously unreleased numbers are reason enough to check out the set – but the whole thing also presents Kim's work with better notes than we've ever seen on her career, and enough details to keep our discographic little minds happy! Titles include "This Dream", "I Got Good News", "Absent Minded Lover", "What Have I Done To Myself", "Joey Joey", "Just Call Me", "When I Lost You", "Where Am I Going", "Will I Find My Love", "Marionette", "Perfect Love", "Meet Me Halfway", "Loving Touch", "I Know His Name", and "Love Troube Heartache & Misery".  © 1996-2021, Dusty Groove, Inc.